At the IMO Diplomatic Conference on Shipbreaking held in Hong Kong in 2009, the Hong Kong Convention on International Safety and Environmentally Sound Shipbreaking, or Hong Kong Convention, was formally born by the member states. The IMO stated in its statement that when the Hong Kong Convention enters into force globally, ships must have a list of hazardous materials for construction, comply with the certification and reporting requirements for ship dismantling operations, and that all new and existing ships of 500 metric tons or more worldwide will have an impact, at which time they will have to carry IHM (Hazardous Material List) with them. Ship experts expect to meet the entry-into-force conditions in 2016.

On December 30, 2013, the European Union formally passed the New EU Shipbreaking Act (hereinafter referred to as the New Act). Based on the requirements of the Hong Kong Convention, the new EU Ship Dismantling Act puts forward higher requirements for EU member states'ships and ships entering European ports with stricter and more specific regulations. With regard to the scope of IHM (list of hazardous materials), the new Act adds perfluorooctane sulfonic acid and its derivatives and brominated flame retardant dodecane, with more specific requirements for each hazardous substance.

Ships contain asbestos and are at great risk.

At present, more and more attention is being paid to the harm of asbestos in the world. Since July 2010, a Maritime Supervisor of the European Union reported that 95% of the 300 ships arriving at Hong Kong had asbestos materials on board, including those constructed after July 1, 2002 and with no asbestos material declaration.

What are the locations of toxic and harmful substances in ships?

Ship components (including electrical equipment) and materials that may contain asbestos include:

▲ Fire blankets, some sealants and friction materials in brakes, bulkheads and ceiling covers;

▲ Asbestos is very easy to appear in marine products such as cables, coatings and heat insulation materials. 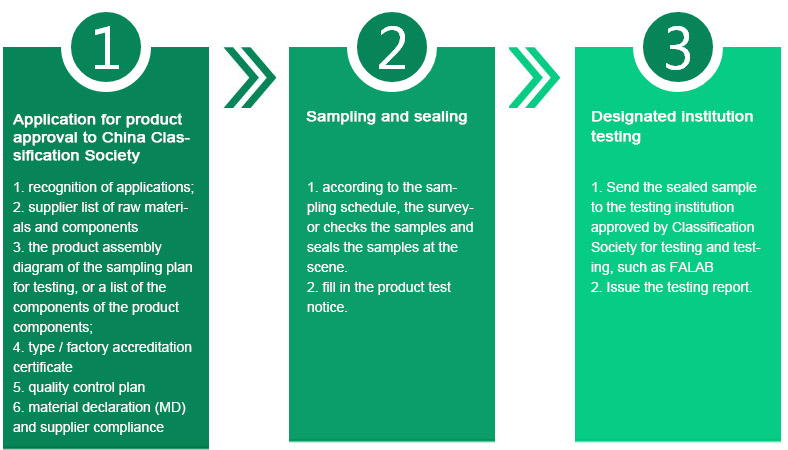 Pay Attention To Us